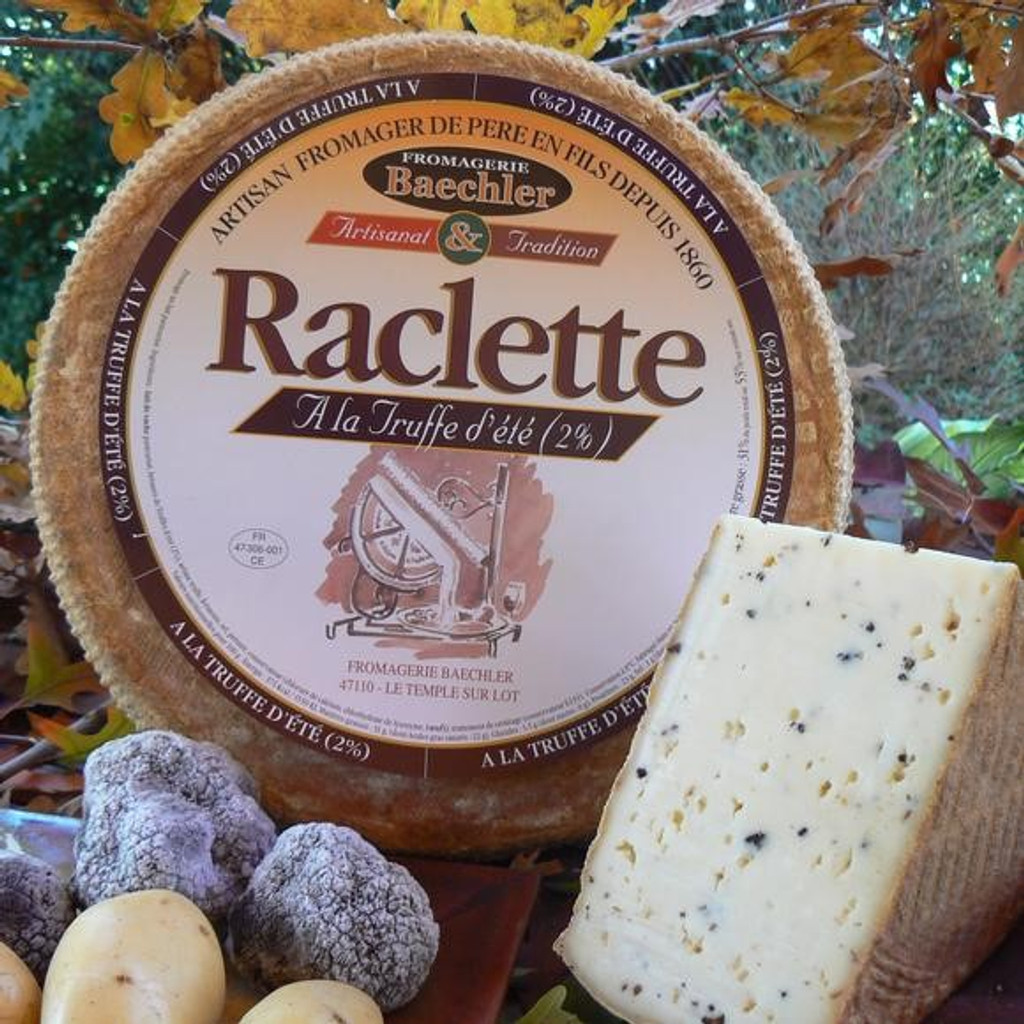 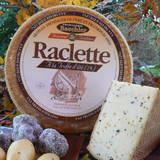 Fromagerie Baechler, as its name suggests, was originally Swiss. In fact, they had been making cheese there since 1860, but in 1928 moved their herd of alpine cows and their cheesemaking know-how to the banks of the terribly war-torn river Lot. The dairy is still family run (now in their fourth generation) and produces a variety of Raclette cheeses.

Raclette, as a cheese style, derives its name from how a half wheel of the cheese used to be put close to the fire until its surface started to melt. The “patron” would then scrape (“racler” in French) the melted layer with a flat-bottom knife on top of potatoes.

This Raclette, with summer truffle shavings and truffle essence, is aged in the dairy for a minimum of 8 weeks, so is just the right age to be a phenomenal melter.