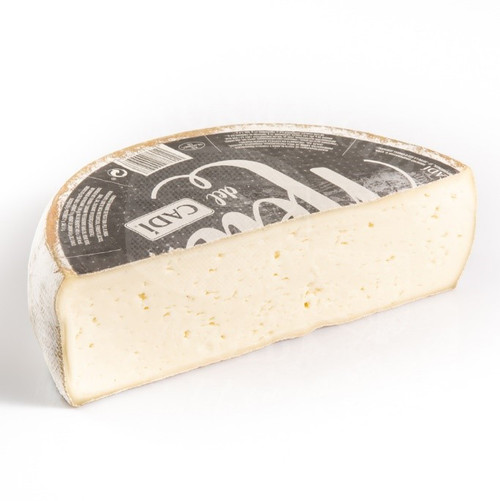 This cheese was developed to celebrate the 100th anniversary of the Cadi dairy cooperative. The literal translation from Catalan is “snow of the Cadi”, referring to the resemblance of the grey outside mold of the cheese to the snow-capped Cadi mountain that hovers over the valleys where the cows graze that produce the milk for this cheese.

The Cadi cooperative was formed in 1915 and was allowed to remain in operation during the Generalissimo Franco days when small cheese makers were forced to close their operations and Spain lost thousands of artisinally made cheeses.

Neu is a soft cheese with a very lactic bite that shows a lot of complexity and gives off hints of mushroom. Very similar to another great goat’s milk cheese from the region: Nevat. The cheese has a natural greyish bloomy rind (a result of the fact that the makers mixed a grey and white penicillium mold) which is edible and contributes to the increased complexity of the cheese.

This is a great snacking cheese with a glass of white wine and some dried sausage.