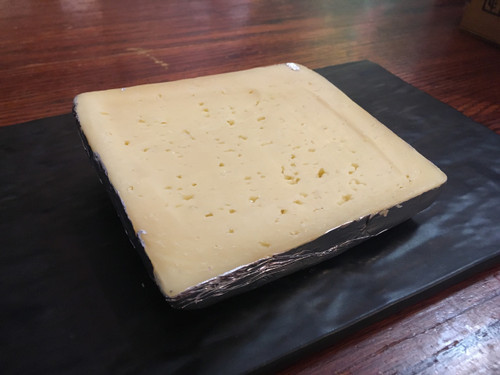 Tilsiter originates in Tilsit in former Prussia, the city is now called Slovesk and is in Russia. It was introduced in the mid 19th century by Swiss settlers who tried to make their beloved Emmenthaler. They found that the different feed for the animals, the different cultures to make the cheese, the different rennets and the different atmospheric conditions under which the cheeses aged, produced a completely different cheese that was a lot more intense and sharp in flavor than the Emmenthaler they were used to.

The cheese is made in an elongated block and is practically rindless. The cheese is peppered with small holes. It develops a slightly sour or even tangy flavor over time and its odor becomes quite noticeable.

Rich and creamy, at the same time sweet and tangy, the cheese combines beautifully with darker breads. It also melts very well.