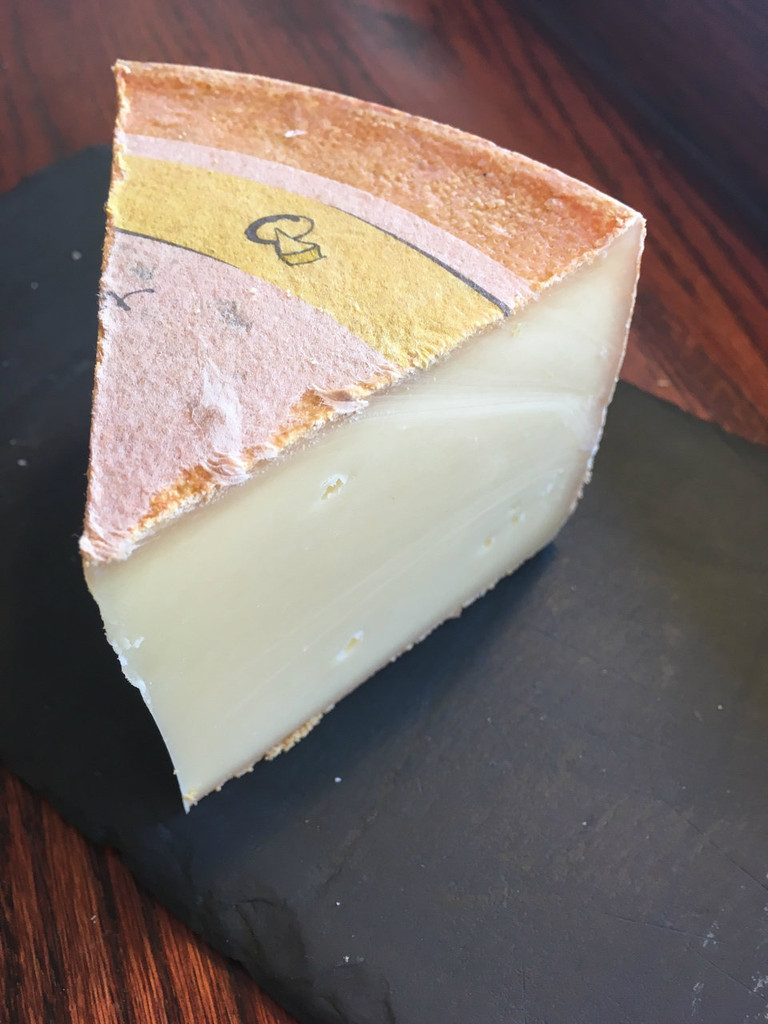 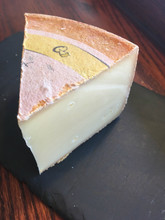 Accompaniment: Beer or white wine (not too dry)

Named after the mountain with the same name, Wildspitz really lives up to its name as an alpine cheese. In keeping with Rolf Beeler’s principles for selecting and aging raw milk cheeses, this cheese has all the flavors of the grasses and herbs the animals grazed on.

To add to the complexity of the flavor the cheese receives a washing with a secret concoction that makes the flavor even funkier. Nutty and earthy initially, but then developing a mushroomy overtone.

The cheese really benefits from the addition of the goat’s milk. It gives it a much richer flavor than we typically find in a Swiss cheese.

Wilspitz was a Silver Finalist at the 2011 SOFI awards.

Serving suggestion: on a cracker (can even be flavored), on a sandwich with tomato and a slice of nice ham.