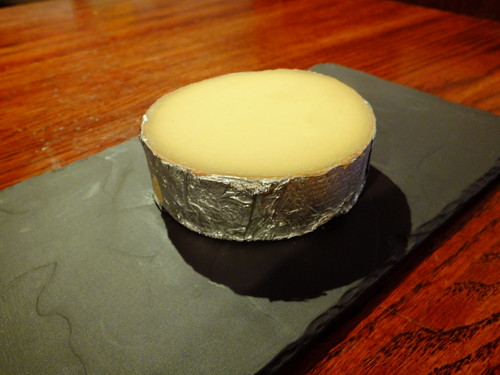 Originally created by the monks the recipe for Tête de Moine was passed on to local farmers whose descendents still produce the cheese today. Tête de Moine means "monks head", some say the name derives from the appearance of the cheese when it is served in the traditional way - with the top sliced off and the rind cut away to a depth of 1 inch all round.

Tête de Moine is often shaved using a special cutter called a girolle which scrapes a thin layer of cheese into rosettes. Shaving the cheeses releases all the aroma and flavors. Sometimes it is eaten with pepper and powdered cumin. Of course, the cheese can be enjoyed when sliced thinly on the cheese board and can also be shaved over salads and other dishes as a garnish. Overall this cheese has a firm, straw-yellow paste and a rich, buttery, fruity flavor and aroma.