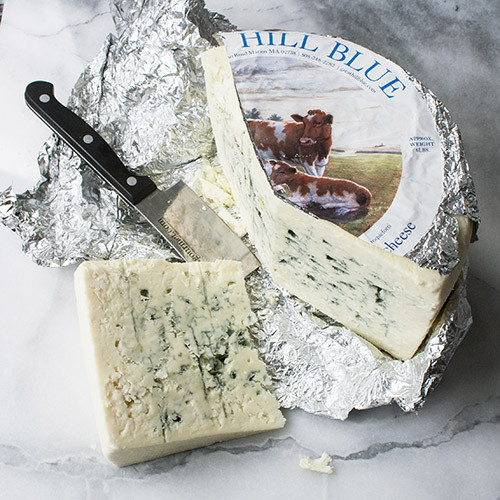 Tim Stone decided to start a cheesemaking business in the large turn-of-the century barn of his parents’ farm. The cows had been sold so he bought his milk from surrounding farms. From the get-go he decided that he was going to use non-homogenized raw milk only to keep the unique flavors of the terroir intact. He also decided that he was going to make a bleu cheese. In the pursuing years his Great Hill Bleu (named after the farm) has won many awards including best of Show at the ACS (2 times). In spite of pressure to increase production, Tim has stayed with processing 3,700 gallons a week.

Great Hill Bleu is a crumbly cheese with a quite tangy bleu bite. It is very accessible and mellows when brought to room temperature.

Combine this cheese with fresh fruit and/or dried meats.