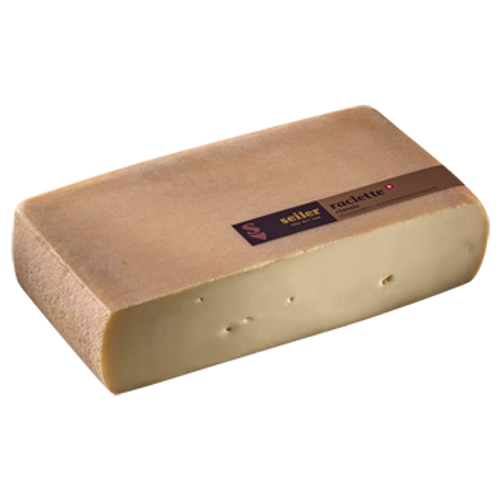 Raclette is the world’s best known melting cheese. It derived its name from the French word “racler” which means “to scrape” and refers to the age-old way of eating this cheese, namely by putting it close to the fire so the cheese would start to melt and then scraping the surface to put that on crusty bread, on potatoes or straight onto a plate. Nowadays, there are various raclette machines available to do the same as entertainment at a party.

The cheese is made both sides of the border between France and Switzerland and follows roughly the same recipe. The cheese has a washed rind which gives it some pungency especially when first opened, but the flavor pattern is quite mild, with some nutty overtones.