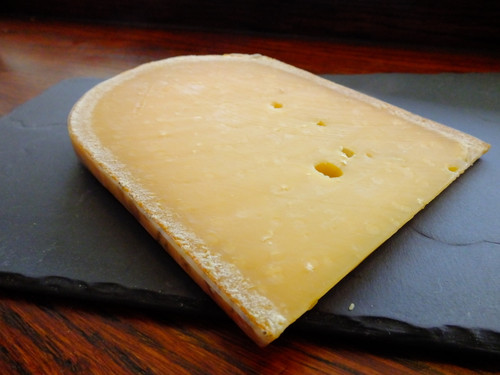 Beemster cheeses are made by a 100 year old farmers coop roughly located within the confines of a piece of reclaimed land (Beemster Polder). The lush grass growing on what was once the bottom of a lake, produces some of the best milk in The Netherlands. The cheese made with this milk is one of a kind. It is typically 20% less salty than other Gouda type cheese made in The Netherlands.

Beemster XO is aged for a minimum of 26 months and by the time we sell it to our customers, it is nearer the 3 year mark. By then it has developed the tell-tale crunch of aged Gouda, a result of crystallization of the amino acid, tyrosine, that forms as the casein protein in the milk breaks down. In spite of this the cheese remains creamy and has overtones of butterscotch and pecan.

The cheese asks for something sweet or savory as a side.