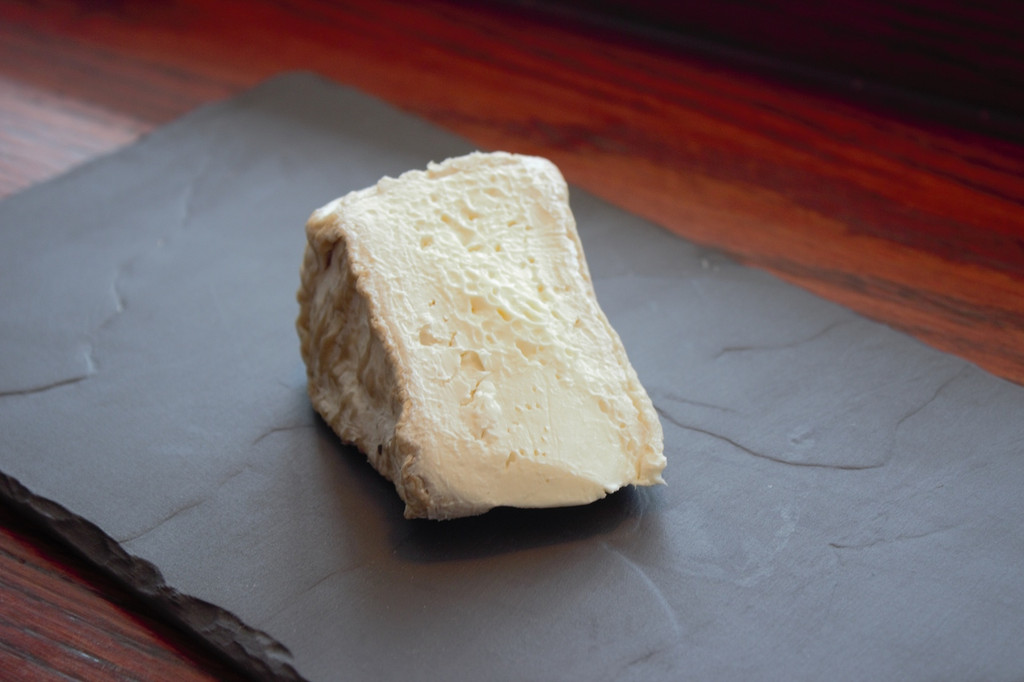 Accompaniment: Fresh Fruit, Fruity or Dry White Wine (the cream in the cheese coats the palate, so we do not recommend stronger red wines as they will get lost)

Our Delice de Bourgogne is one in a long line of cheeses enriched with fresh cream that was started in 1890 with a cheese called Excelsior. As with so many cheeses there is a myth connected to Triple Crème cheeses. This particular myth is that a cheesemaker was interrupted during the making of a double crème cheese. When he came back he could not remember whether he had added the extra cream, so he added some more. Normally this would have yielded a very unsatisfactory result (more like butter than cheese). Fortunately for us he could trace his steps back and recreate the process.

Triple Crème cheeses were popularized in the 1930’s with a cheese called Brillat Savarin (after the 18th century French food writer). Delice is now produced by the fifth generation of the Lincet family in the Burgundy region. They are made by adding cream to the milk during production. Triple cream has a fat content of 75%, whereas double cream cheeses have 60-75% fat content. Now, before you have heart failure, the 75% is somewhat misleading. It refers to the percentage of fat in the dry matter of the cheese. Our Delice is 80% water, so do not fear the triple cream.

Triple cream cheeses do not have strong flavors. The taste sensation is along the lines of eating butter, cream and cheese all at the same time. We like the Delice because it has a little bite, which makes it more interesting.

The entire cheese, including the, sometimes bloomy, rind can be eaten. Triple cremes are always young cheeses that have seen an affinage of 2-3 weeks. They are therefore always pasteurized when available in the USA.