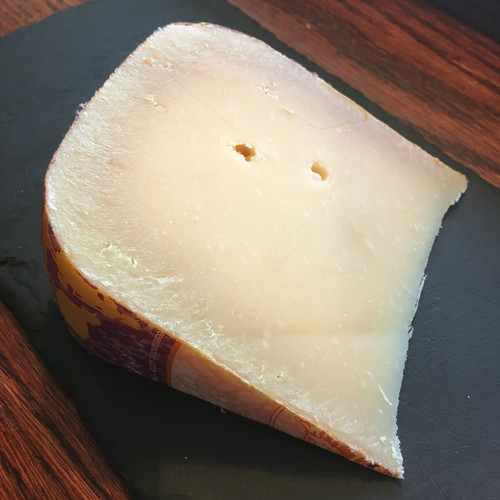 A relatively recent Gouda creation, 2004, jointly by Cheeseland Inc, a Seattle cheese importer and a small dairy in the north of the Netherlands, this cheese was developed specifically for the American market. Washing the curds not only took care of the lactic acids, making it OK to eat for those with lactose intolerance, but also made the cheese an overall sweeter proposition. Cheese Candy was created!

The cheese is aged for around a year and develops its butterscotch color and flavor over this relatively short period. Although the aged Gouda crunch has not developed yet, it has a beautiful firm texture. Flavors range from caramelized milk to the subdued earthiness that the washed sheep’s milk curds bring to play. The flavors linger and keep developing.

Serve this cheese as a dessert with dried nuts. No crackers or bread needed!