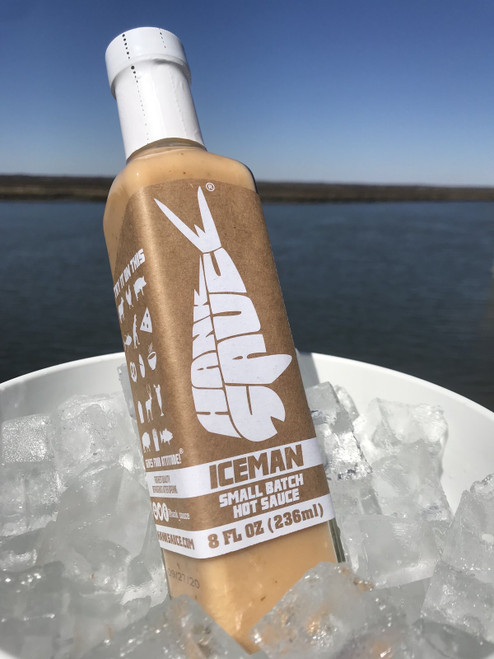 The story of ICEMAN begins many many moons ago, during a harsh and stormy February in the woods of southern NJ. Twas the year 2014; cabin fever had blanketed the Hank crew as they yearned for the long, humid days of summer. Suddenly, without warning, it happened. In a stir crazy daze, the dormant, idle hands of Hank began to toil in the kitchen; something hot was cooking, something reminiscent of the summer sun. Legend has it a nearby bottle of whiskey spilled into the pot, sending flames skyward and perfecting the mysterious concoction. Who would bear the burden of this heat? We would find that answer at an outdoors expo in Harrisburg. His name was Mike, the self proclaimed ICEMAN! (he was responsible for keeping people stocked with ice, he loved our sauce so much we named it after him) That’s pretty much the entire story.