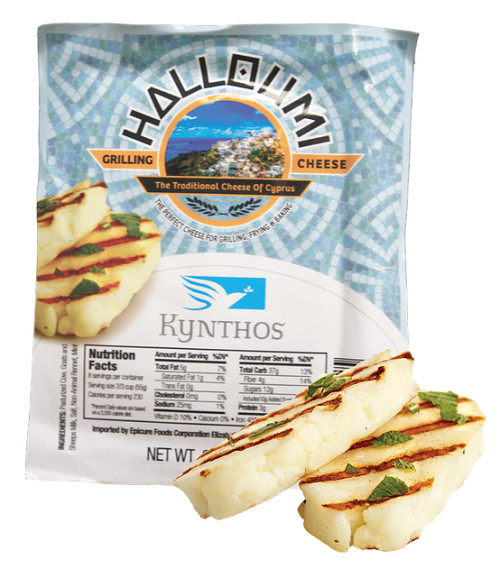 Halloumi is a fresh, un-ripened frying cheese similar to a clean, light and lactic tasting mozzarella if it were much firmer and slightly saltier. Halloumi has been increasingly eaten all over the world since its creation in what is now known as the Middle Eastern island country of Cyprus back during the Medieval Byzantine period which started in 395 AD. Halloumi is widely recognized throughout the Mediterranean as the crowning cheese jewel of Cyprus cuisine as well as in neighboring Turkey and Greece.