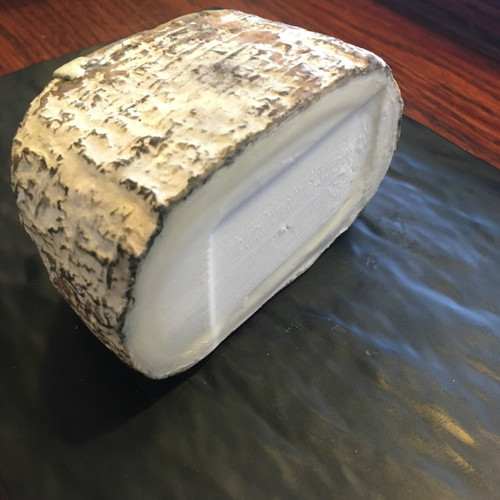 Accompaniment: Excellent with a sweeter wine

Monte Enebro is one of the cheeses that came back above ground after the industrial quota legislation that had been put into place by General Franco had been rescinded in the late 1980’s. Until that time it had been illegal for small artisanal cheesemakers to even exist.

Rafael Baez and his daughter Paloma were amongst the first cheesemakers to bring back artisanal cheeses and their pride and joy is this pasteurized goat cheese. The pine overtones in the cheese give it its name (Enebro means Juniper in Spanish), but the most remarkable aspect of the cheese is its rind. It looks covered in some form of dust or ash, but is in fact a mold that the Baezs create using Penicilium Roqueforti. The blue mold remains on the outside of the cheese and is edible.