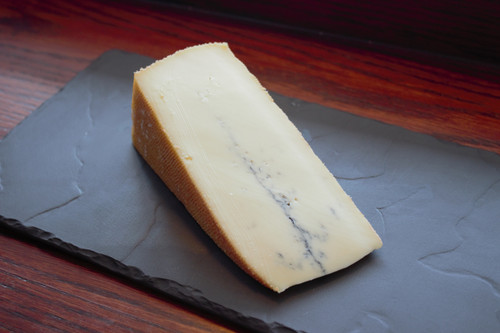 Morbier is made from raw cow milk in the Franche-Comte region in the North East of France. It is a semi-firm cheese that was originally a by-product of the making of Comte cheese. It was traditionally made when the cheese makers would have some excess curds that would not be enough to make a full wheel of Comte (which requires a lot of milk as the cheese can weigh up to 110 lbs). The ash line in the middle was originally designed to prevent a rind from forming between two milkings. Nowadays the milk is made in one go, but the ash line has been retained under AOC rules.

The cheese has a brushed rind which gives it a “fresh hay” aroma and its nickname “daddy’s cheese’” in our store. The flavor is sweet, nutty and fruity.