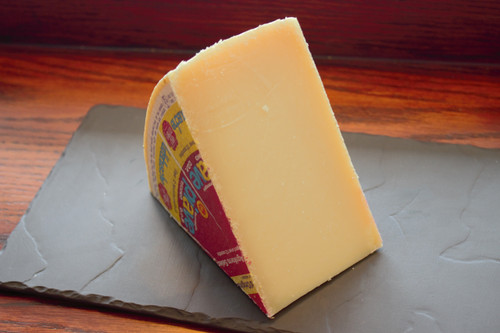 This cheese would traditionally be made in ‘malga’ or shepherds huts in the Dolomite mountain region that is the home of the cheese. Its name is derived from the river Piave which has its source in the snow capped peaks. The “vecchio” or aged derives from the fact that the cheese is aged around 360 days.

The cheese improves in complexity of flavor with age, but never really loses its fruity character. It also never becomes sharp but remains a mild, yet flavorful, cheese. As it is still a mountain cheese the cheese has very clear herby and grassy overtones which increase the accessibility of the cheese.

The cheese finds a great companion in fruit pastes.