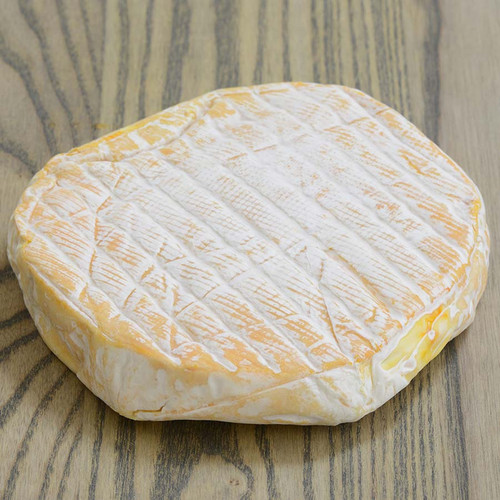 There are a lot of cheeses we can’t get in the US, thanks to the FDA’s strict rules on importing raw-milk cheeses. Anything aged fewer than 60 days can’t legally make it into the country, which rules out all name-protected bries and camemberts, as well as a whole slew of soft-ripened, fresh and young cheeses.

One such cheese is a little thing called Reblochon.

Préféré is basically a pasteurized version of Reblochon. The cheese’s terroir will not be as intense as in raw-milk versions of the cheese, however Préféré looks, feels and tastes roughly the same as real Reblochon.

Préféré is a pretty thing, with its orangey-white washed rind and its butter-yellow paste. Small enough that you can buy it by the quarter- or half-wheel without breaking the bank, this cheese is as good for smearing on bread or crackers as it is on a sandwich of good rustic bread, mustard, and ham or turkey, or better yet melted with potatoes, diced bacon, and onions (aka the delicious French-Alpine gratin, Tartiflette).

By itself, the cheese will have a slightly nutty flavor with some bitter notes and a buttery, creamy finish. It might be too strong for people who don’t like “stinky cheese,” but it really isn’t all that stinky.